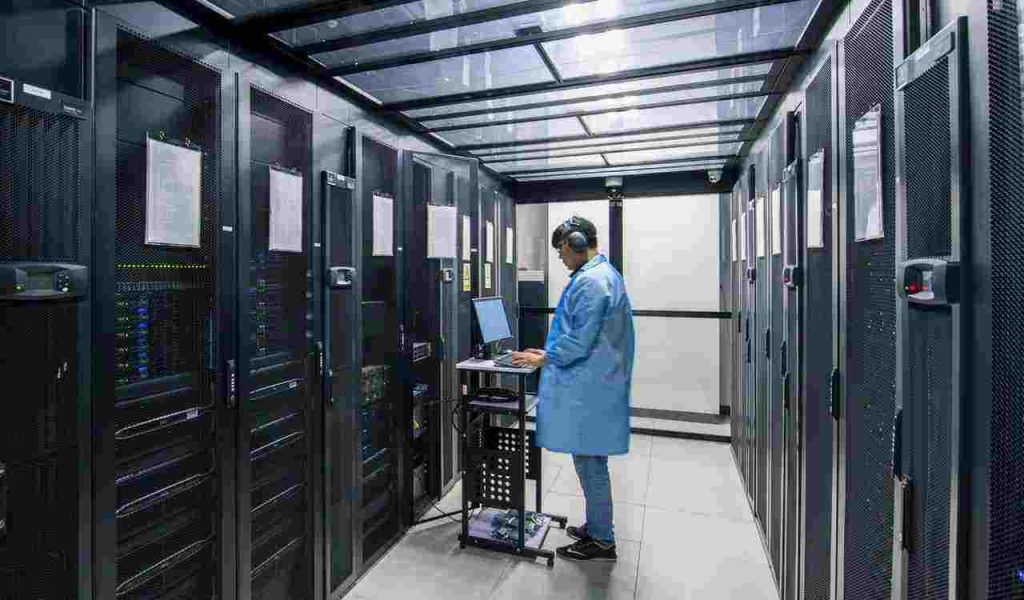 Networks for a yottabyte world

The rate at which telecom networks are growing and changing is nothing short of fantastic. It’s always risky to embrace a new paradigm, but for network carriers and customers, the risks of waiting could be greater.

Network function virtualization (NFV) and software defined networks (SDN) represent a radical departure from the traditional way of building, managing and evolving telecom networks. It’s often described as a switch from proprietary boxes to commercial-off-the-shelf (COTS) hardware. While there is a potentially significant cost-savings in making such a switch, cost-savings is not the main driving force. The ability to quickly implement new business models, to deliver applications on demand, and to automatically provision and tear down resources are what make NFV and SDN so potentially disruptive.

Not your father’s networks 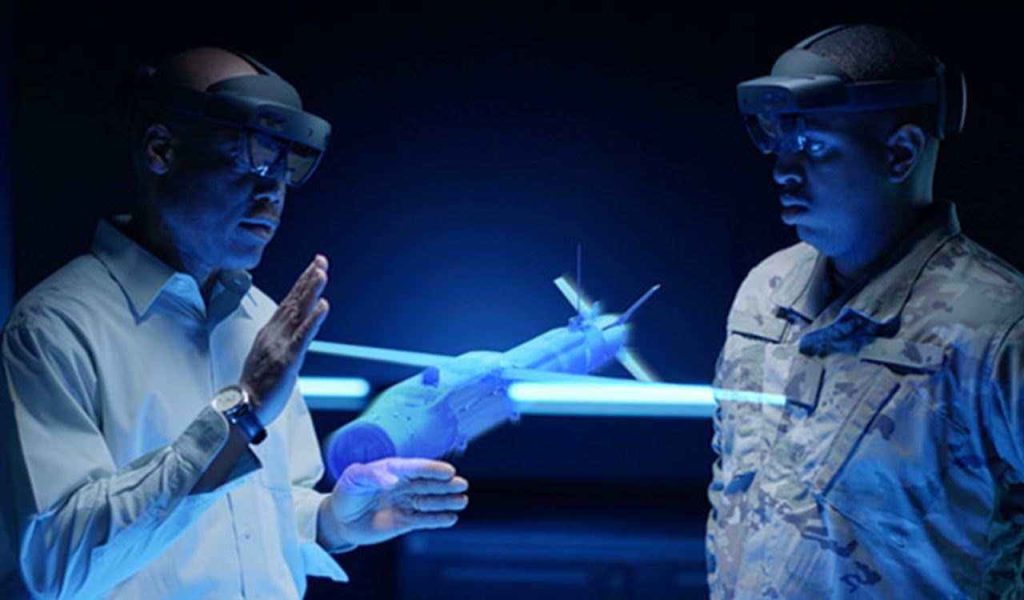 Most enterprises see digital transformation in terms of customer experiences and business models. Digital is also quietly changing the way products are developed.

Most of what you read about digital transformation focuses on customer experiences, business model agility, and the effect that all of this has on enterprises — particularly IT departments.

Products are generally becoming smarter. We now have smart TVs, smart speakers, smart refrigerators, and even smart sneakers. The most ordinary products can be made “smart” by adding Bluetooth beacons, RF ID tags or QR codes that provide information or links to webpages. 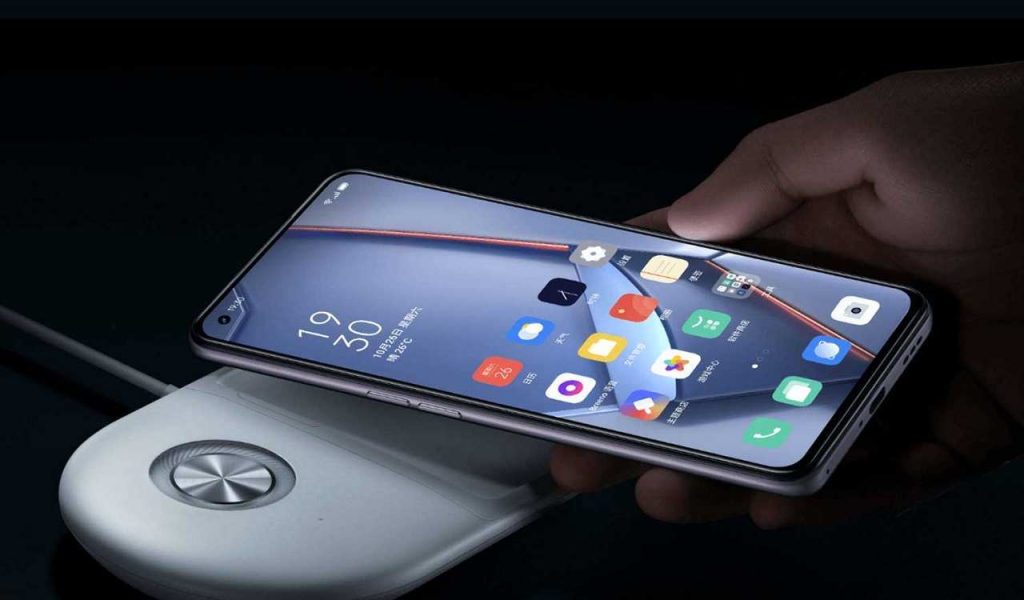 Take another look at wireless charging

The market for delivering power wirelessly over short distances is potentially huge.

The most obvious application is wirelessly charging smartphones. We depend on our smartphones to work all day long. The need to charge them when their batteries are low is a fact of life, but connecting a wired charger is not always convenient or even possible. There are wireless charging pads for the home and office, and wireless charging docks for automobiles, and we are just starting to see wireless charging spots in coffee shops, restaurants, hotels, and airports.

In an ideal world, we wouldn’t even have to think about charging our mobile devices. Infrastructure embedded in the environment would automatically detect our devices, check their battery status, and charge them as needed. This concept is not as far-fetched as it might sound. Such infrastructure has been developed and is starting to be deployed. However, there still isn’t universal support for wireless charging in smartphones, laptops, and wearables.

(There is also another solution that doesn’t require a power outlet. A portable cell phone charger, such as the Flux, can fast-charge a smartphone. However, it’s an additional item to carry around and must also be recharged.) 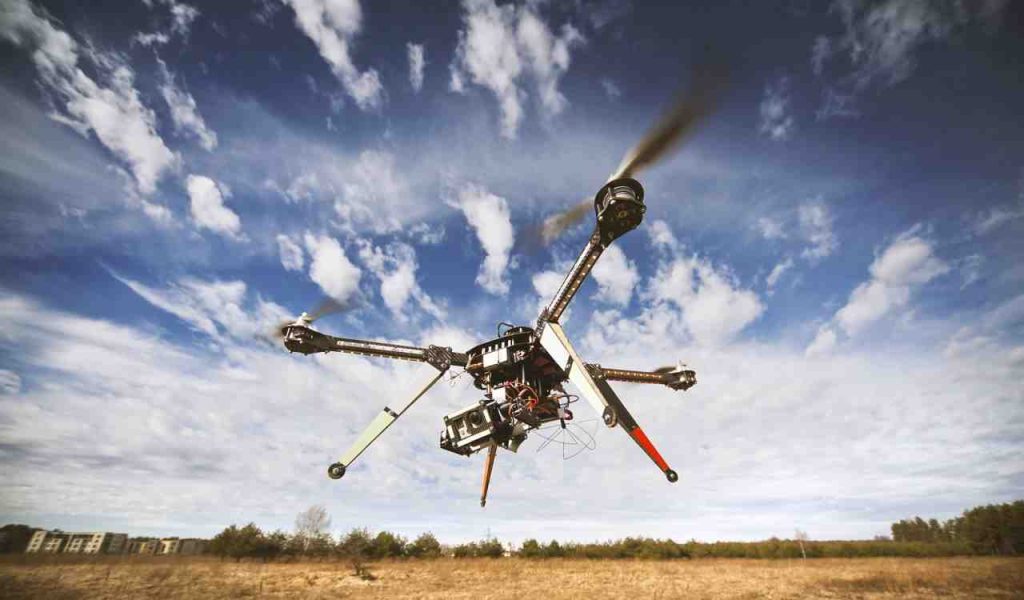 How the FAA hinders innovation

The civilian drone market was predicted to take off like a rocket. But the market has stalled. The Federal Aviation Administration (FAA) is keeping drone technology bottled up in the U.S. while it continues to move forward in Asia and Europe.

The opportunities for drones are real. Oil companies, electric power utilities, and mobile operators are already using drones to inspect vital infrastructure. Companies including Amazon, Domino’s, and Walmart are serious about putting drones into wider use. Everyone agrees that the industry must prove that drones are safe before they are allowed to deliver small packages to homes. But there is reason to believe that it can be done: Every day in the U.S. there are more than 23,000 commercial airline flights carrying well over 1 million passengers.

For now, the drone market is in a holding pattern. Several drone makers laid off workers over the last 12 months. The FAA recently reported that drone registrations are averaging about 8,300 per week. However, the forecast cited by the FAA in its 2017 annual report would require average weekly sales of more than 23,000 drones. 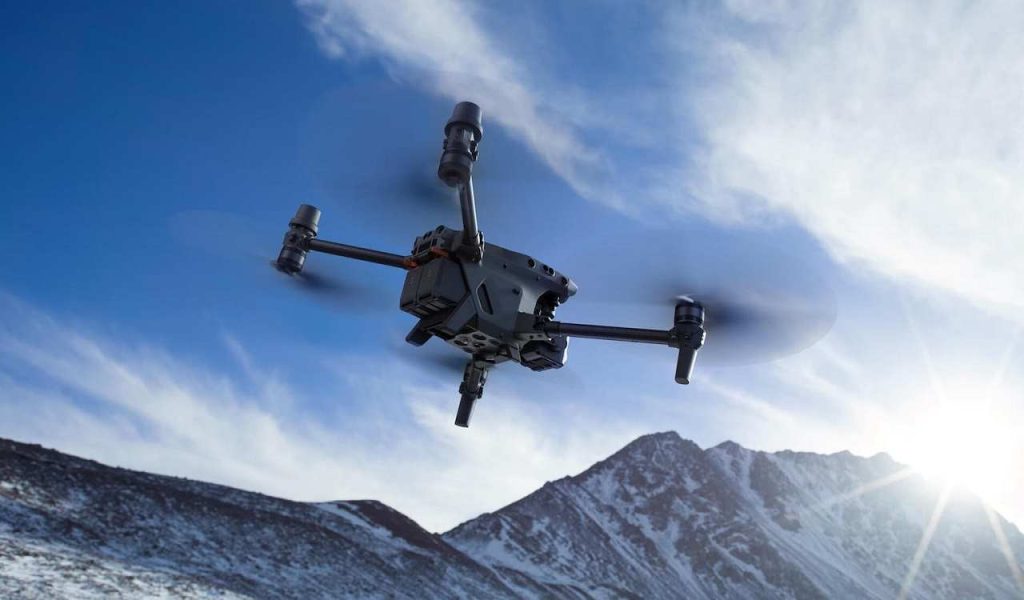 Forecasts for the drone market have been very aggressive.

One research firm predicts sales of drones will exceed $12 billion by 2021. Another says the market for drone-based business services is worth more than $127 billion. And the Association for Unmanned Vehicle Systems International (AUVSI) predicts that by 2025 the U.S. drone industry will create more than 100,000 jobs and add $82 billion to the economy.

While I’m optimistic about the long-term prospects for unmanned aerial vehicles (UAVs), my research has identified five major factors inhibiting the adoption of drone-based solutions by enterprises:

Today’s drones can only fly for 15 to 30 minutes before they need to swap out or recharge batteries. And while there are drones that can carry payloads up to twenty pounds, five pounds or less is more common. To complicate matters further, there’s an inverse relationship between payload weight and flight endurance: increase the payload and you get less flight time. 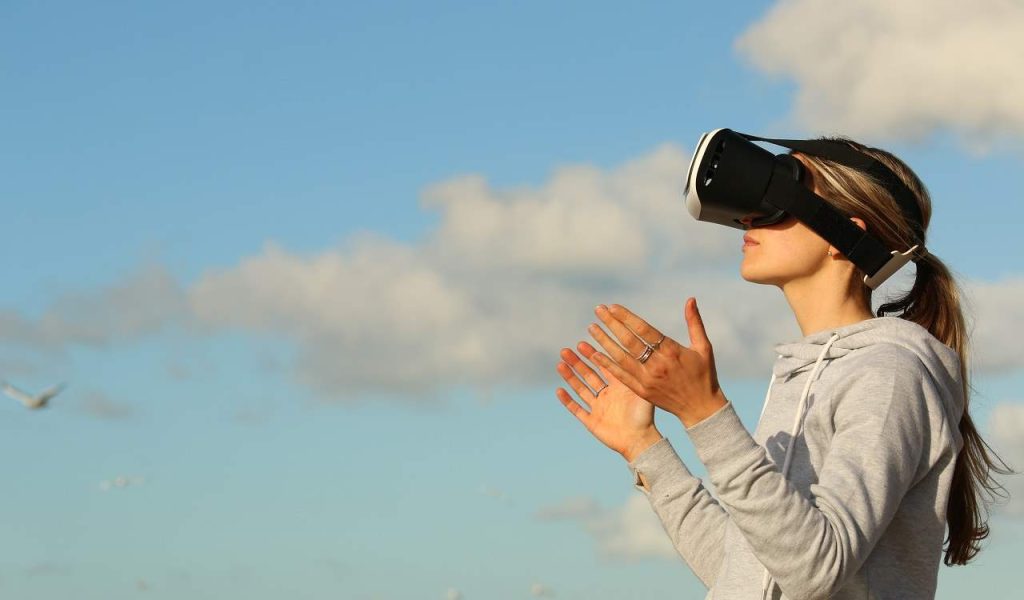 Why Wigig will be a wireless game-changer

WiGig is a relatively new wireless technology that lives in a part of the radio spectrum (60GHz) where bandwidth is extraordinarily plentiful. The FCC has allocated 14GHz of spectrum — from 57GHz to 71GHz — for unlicensed use. That’s more new spectrum for consumers than all of the spectrum previously allocated for consumers.

WiGig is first and foremost a shot in the arm for Wi-Fi. WiGig began as an independent development effort, but is now managed by the Wi-Fi Alliance. Last year, the Wi-Fi Alliance began certifying products based on the WiGig standard (802.11ad). WiGig will relieve congestion in the Wi-Fi bands at 2.4GHz and 5GHz by giving Wi-Fi users an alternative band with 20 times as much spectrum. WiGig also offers extra-wide channels (more than 2GHz wide) for bandwidth-intensive applications such as super-fast file transfers, screen-sharing and virtual reality.

Engineers have long known that the higher you go in the radio spectrum the more bandwidth there is. Why didn’t we take advantage of this fact sooner? 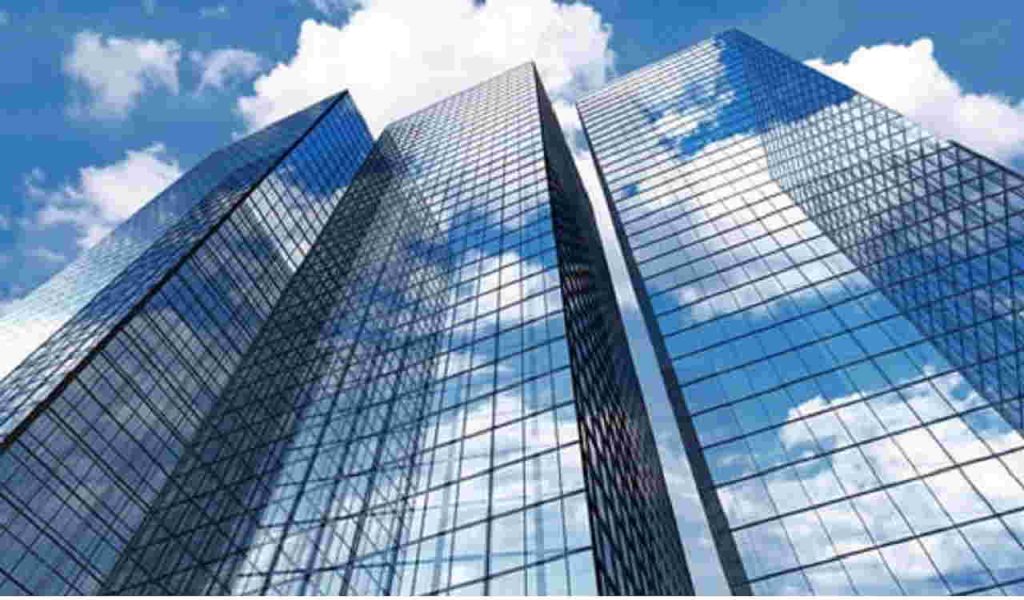 Survival strategies for a hyper-regulated economy

Software automation and mobile communication can ease the pain of regulatory compliance.

Federal regulations increase the cost of doing business, and can be a disincentive for anyone thinking about starting a business.

Fortunately, there are technology solutions that can take some of the sting out of regulatory compliance and even turn it to advantage. Many regulations involve collecting information and informing consumers — tasks that can be largely automated using software and mobile devices. The data gathered can often be used to fine-tune operations and better serve customers.

During his campaign, President-elect Donald Trump promised to eliminate the most daunting rules and scale back regulations. Specifically, Trump called for a government-wide review and, more recently, suggested that two existing regulations be eliminated for each new regulation enacted. 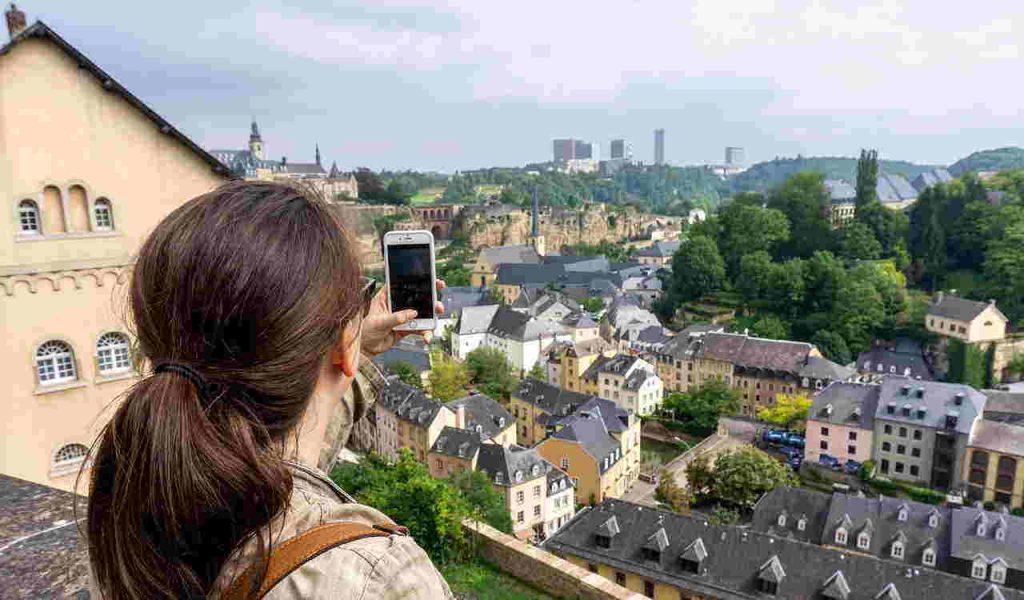 Mobile operators need to look at reinventing their operations instead of content deals if they want to guarantee future success.

AT&T wants to acquire Time Warner and Verizon Communications wants to buy Yahoo because they believe delivering news, sports and movies to the small screen is the best way for mobile operators to ensure their long-term success. Mobile communication service has become a commodity and operators have known for a long time they need to do more than just provide “dumb pipes” if they want to continue prospering.

On the surface, everything appears to being going well for the U.S.’ four largest mobile operators. Both AT&T Mobility and Verizon Wireless have more than 100 million subscribers each, while T-Mobile US and Sprint have more than 50 million customers each. However, the mobile industry is in constant flux. Within the next five years, mobile operators are expected to begin deploying fifth generation wireless technology. And mobile operators know from experience that innovative companies can disrupt their businesses. When Apple burst into the mobile phone business with the iPhone in 2007, it broke up the handset makers’ exclusive club, and put operators in the unaccustomed position of having to negotiate for sales rights. 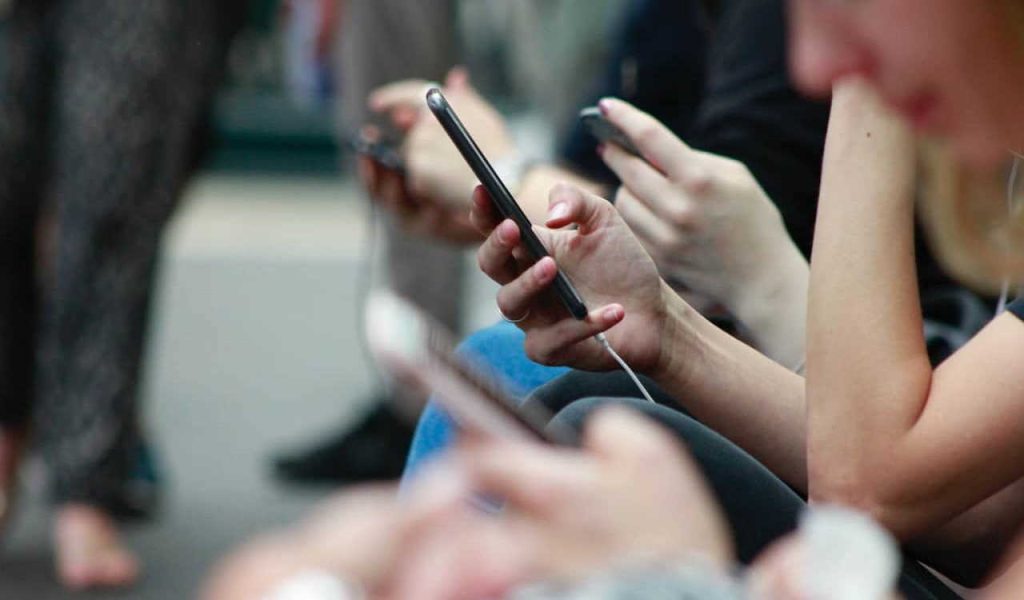 The global mobile phone business is booming. Up until recently, operators had their hands full rolling out 4G services and upgrading users to the latest smartphones. Going forward, operators will face growing threats from Wi-Fi, over-the-top (OTT) services and innovative solutions not yet on their radar screens. Pressure to seize partnership opportunities will increase.

To meet these challenges, mobile operators must acquire new skills: the ability to quickly design and launch new services, to gather information and act on it in real time, and to create more compelling user experiences.

The problem for most mobile operators is that they are still using a business support system architecture developed in the early 1990s. Back then, voice generated almost all of their revenue, there were few smartphones, and opportunities to partner with content suppliers and app developers were practically nonexistent.